Read this article on the Orange County Register

DANA POINT — Instead of braving the malls on Black Friday, a record number of people visited Dana Point Harbor the day after Thanksgiving to see if they could catch a glimpse of gray whales starting their annual migration. 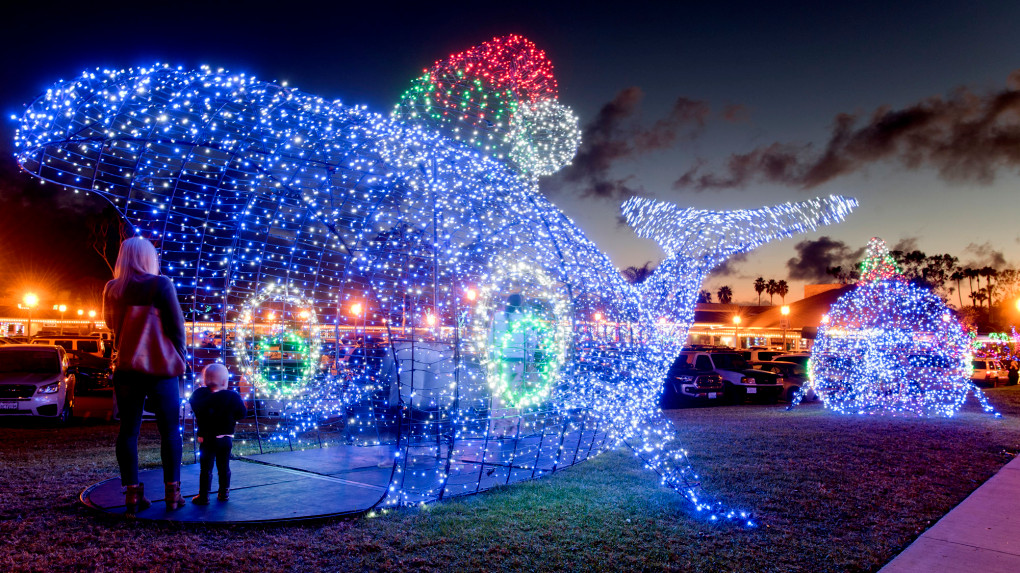 Megan Burke of San Clemente and Tatum Burke, 1, check out one of the lit up Gray Whales at Dana Point Harbor during Grey Friday, the start of the Gray Whale watching season, on Friday, November 23, 2018. (Photo By Jeff Antenore, Contributing Photographer)

“We had a record 300 people go whale watching on Friday, Nov 23,” said Donna Kalez, who manages Dana Wharf Sportfishing. “We called it Gray Friday. We want people to get out of the malls and opt outside.”

The marine mammals aren’t the only thing creating a buzz at the 47-year-old harbor, where a long-awaited redesign has merchants looking ahead with anticipation. 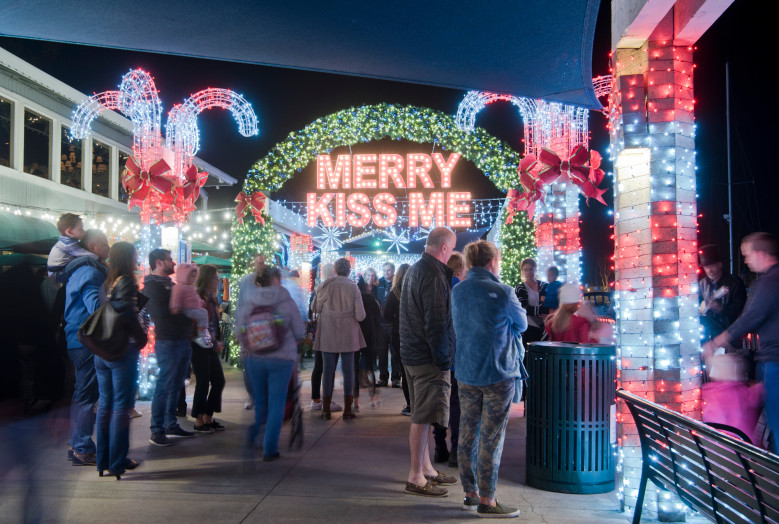 “It’s incredible, it’s like someone turned on the switch and it’s busy again,” said Jim Miller, who has run Coffee Importers for nearly 40 years and is president of the Dana Point Harbor Merchants Association. “I think it makes people happy to be here. We have entertainment, it’s a festive occasion and it’s free. After four years of this (lights sponsored by the county) people are expecting great things here. Hopefully, with the new owners, we’ll pick up the pace even more.”

For the 50 merchants, the holiday crowd is providing the momentum they and the community are looking for as Dana Point Harbor heads toward a $330 million renovation, with work planned to start in the commercial core by late 2019.

The growing excitement is also inspiring for Dana Point Harbor Partners, the Newport Beach development group that on Oct. 29 inked a 66-year lease to run and renovate the harbor.

“We’re incredibly excited,” said Ward, who headed to the harbor on Friday, Nov. 30 to meet with stakeholders and to enjoy the holiday lights.

“Now that we’re officially there, it’s great to understand the inner workings of the harbor,” he said. “It’s become evident that we want to support the staples like the holidays and the Festival of Whales and make the harbor a destination every month.”

Ward and his team recognize the importance to the community of whale watching, the surf industry and stewardship of the ocean and its environment.

“Whale watching is one of those things that makes the harbor what it is,” Ward said. “Celebrating the water in general is really Dana Point Harbor’s moniker. We want to continue that.”

Dana Point Harbor Partners is not losing sight of the role the harbor plays in the community, Ward said, and the importance of maintaining a small-town boating-community charm.

Unlike Newport Harbor, which is focused on residents who live on its three surrounding islands, Dana Point Harbor is about public access.

“It’s about people, pedestrian access and boaters,” Ward said. “There will be a strong link between the Ocean Institute, the hotel, the island and all the way to Doheny Beach. You can see people surfing, paddle boarding and boating. All these activities occur next to each other. There are not too many places you get all that.”

On Friday, Riley Rhodes and Blake Andersen were working on their laptops on the patio at Coffee Importers. Rhodes, whose brother lives on a boat, said this month’s holiday vibe is the draw for her. 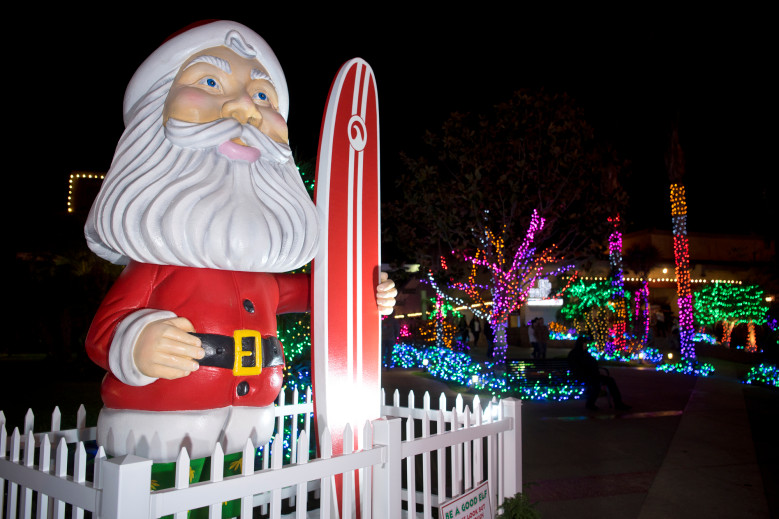 A giant surfing Santa is among the elaborate holiday decor on display at Dana Point Harbor following a recent $330 million renovation during Gray Friday on November 23, 2018. (Photo By Jeff Antenore, Contributing Photographer)

“I love it,” said Rhodes, 22, of Laguna Niguel. “I’m a sucker for twinkling lights and anything that makes the harbor more community-oriented. I have a lot of friends coming home from college and they know Dana Point goes all out. I like to show it off.”

Rhodes and Andersen agreed that a plan by the developers to keep the “Dana Point feel” intact is critical.

“Even all this holiday energy makes me more nervous because so many people come down from far away,” said Andersen, 22, of Dana Point. “It’s great for business but we don’t want to lose the ‘everybody knows everybody’ kind of town.”